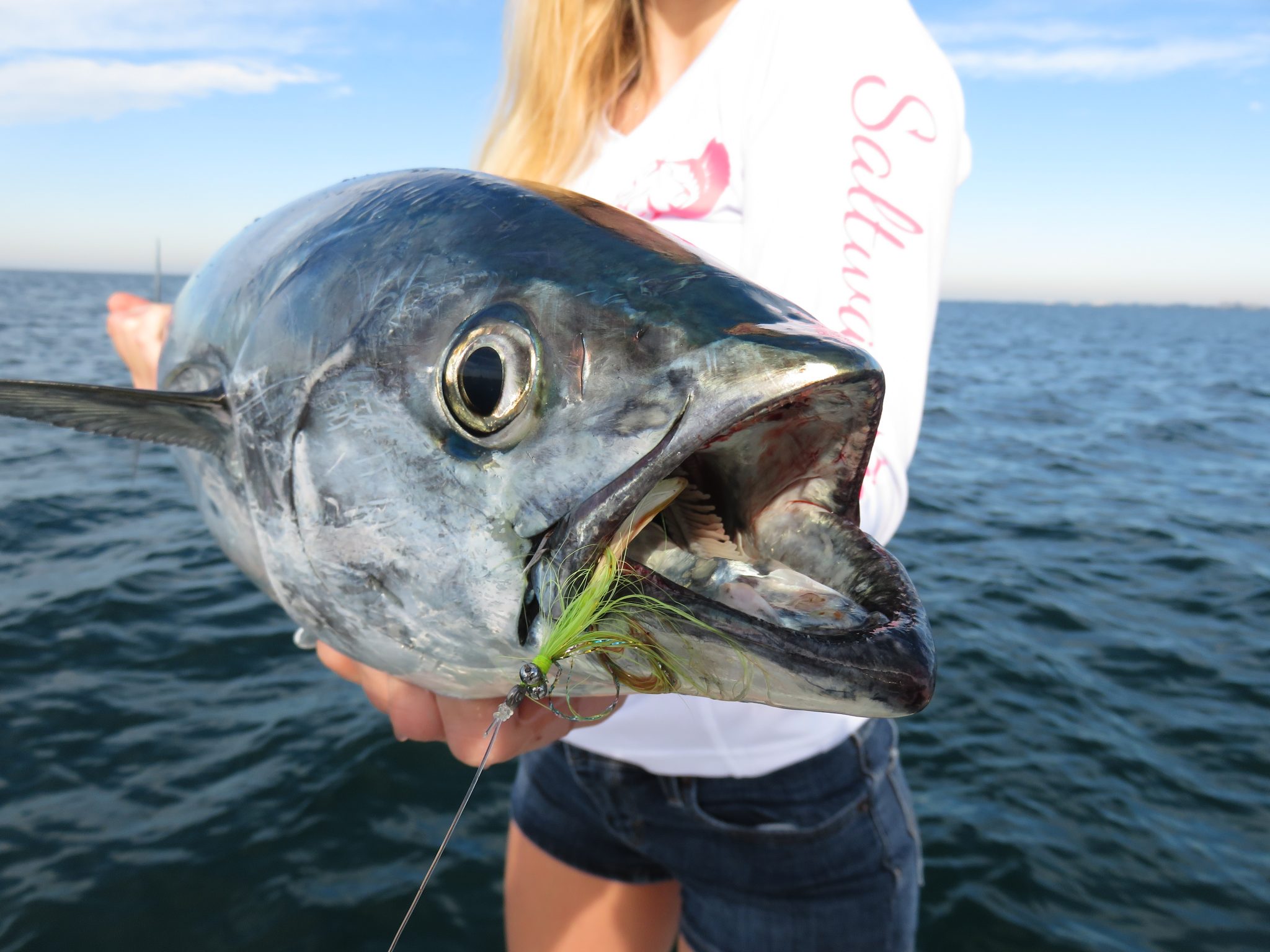 In the spring and again in the fall, the beaches of the Sarasota inshore Gulf of Mexico are blessed with fantastic fly fishing when conditions are agreeable. Huge schools of bait fish will move through on their annual migrations, with game fish hot on their tail. While Spanish mackerel and false albacore (aka: little tunny, bonita, fat Alberts) are the primary targets for fly anglers, king mackerel, sharks, cobia, and other species will be encountered as well. Every season is different, but action generally peaks around Easter in the spring and Thanksgiving in the fall. The optimum conditions are water temperature around 70 degrees, easterly winds, and clear water. 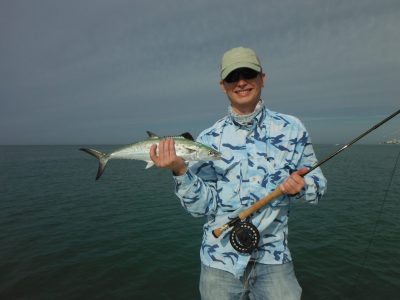 There really are not specific “spots” when fly fishing the inshore Gulf of Mexico off of Sarasota; the fish can be anywhere that bait pods exist. However, the three artificial reefs Sarasota inshore off of Lido Key will hold bait fish and the mouths of both passes (particularly on an outgoing tide) are good places to start. Mornings are often the best times, but not always at first light. A little sunlight is usually required to get the fish feeding up on the surface. 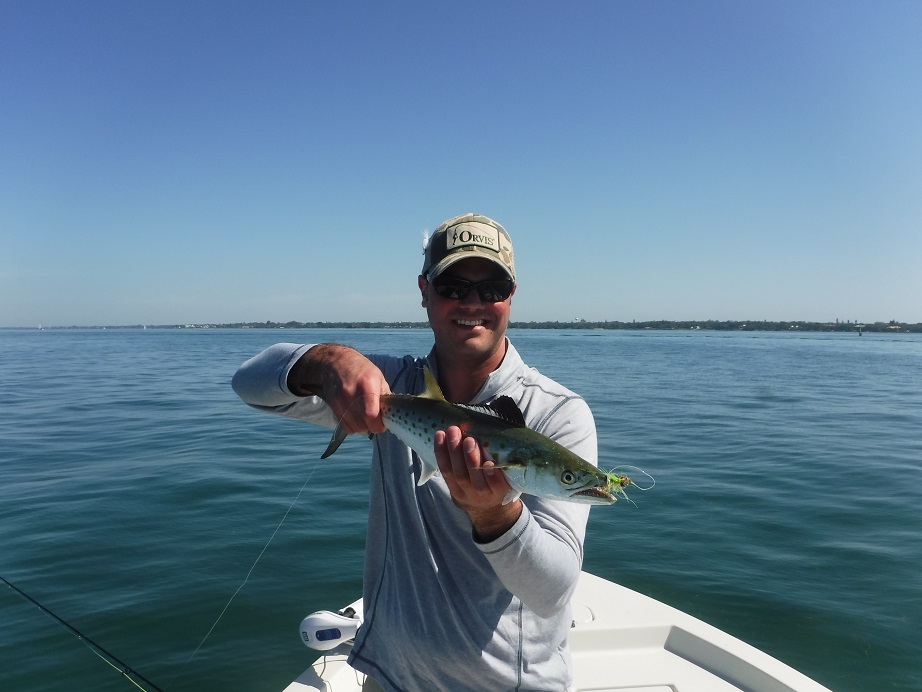 7wt outfits are fine for the Spanish mackerel, while stouter tackle is required for the false albacore, with a 9wt being sufficient unless the fish are unusually large. Floating lines work well and are easy to pick up and cast when fishing the Sarasota inshore Gulf. False albacore can be a bit leader shy; a 20lb tippet is usually adequate while Spanish mackerel may require a bit stouter tippet. One note on the false albacore, they will fight until they are almost dead, so the use of very light tackle is discouraged. Also, when releasing these fish, shove them head fish back into the water to get them moving and get water flowing through their gills. 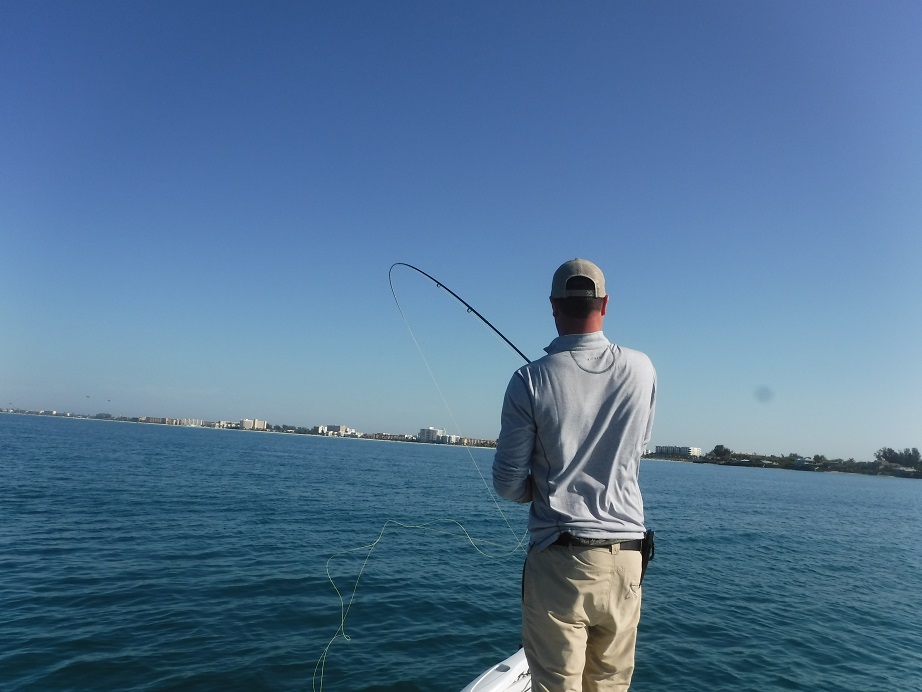 It is very important for anglers working these schools of fish in the Sarasota inshore Gulf to be patient. It is quite exciting to see all of the action and activity, but it is a mistake to run all over the place chasing fish. Anglers will achieve more success by sitting quietly, watching and trying to determine which direction the fish are moving, then easing into position. It is always preferable to be upwind of the fish. 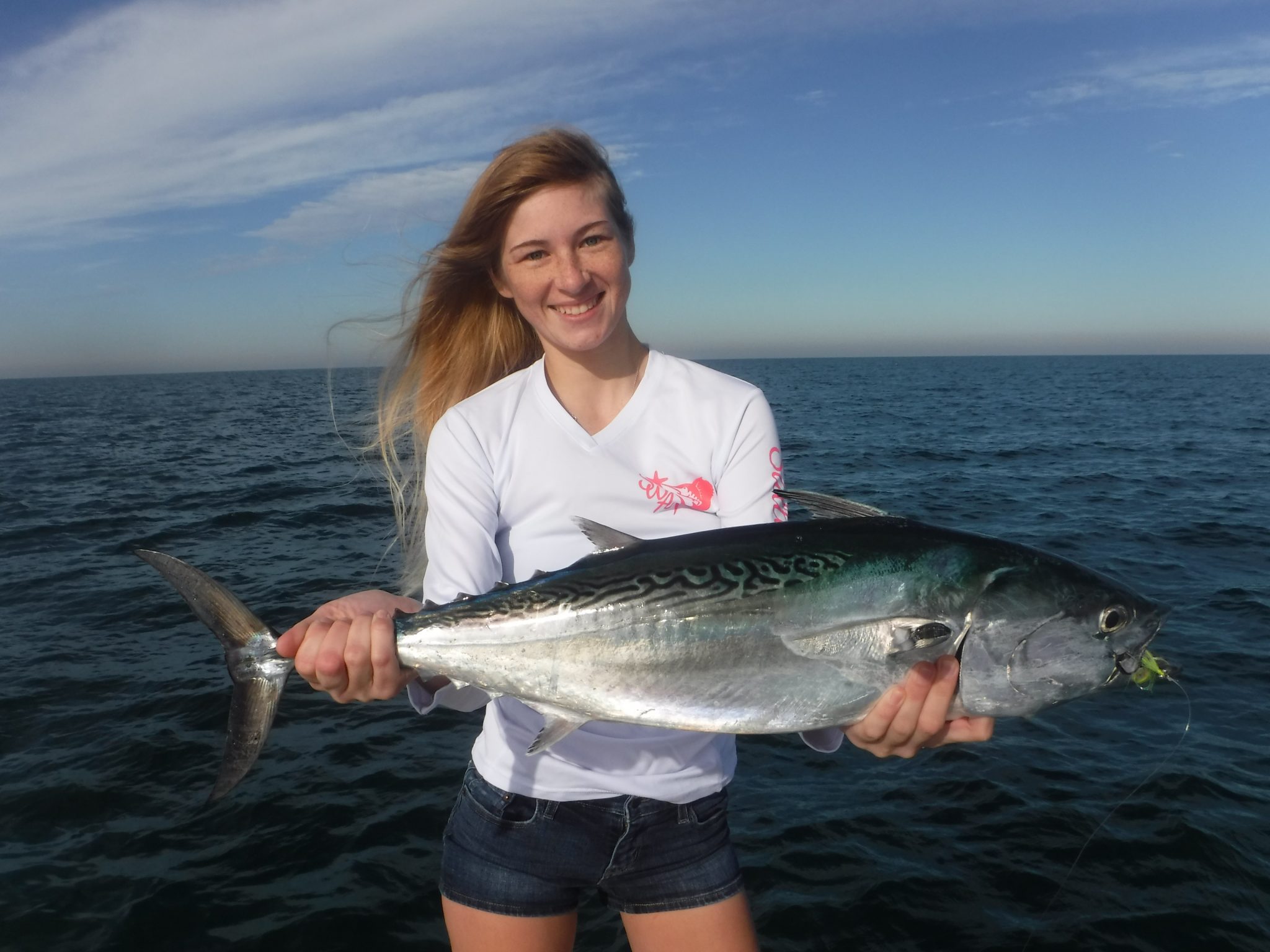 It would seem that with the ferocity in which they feed that the fish will hit anything, but this is not the case. In actuality, they can be quite fussy at times. There is often a variety of bait fish out on the beach, ranging from inch long glass minnows to hand sized threadfin herring. It can be important to match the fly to the size of the forage. In most cases, smaller is better and the macks and false albacore will normally be feeding on the tiny glass minnows. If the fish refuse to take the fly after multiple attempts using different stripping techniques, it is time to change flies. A fast retrieve usually works well, but not always. A more subtle approach may be required at times. At times the fish will actually prefer to take as the fly lies motionless. 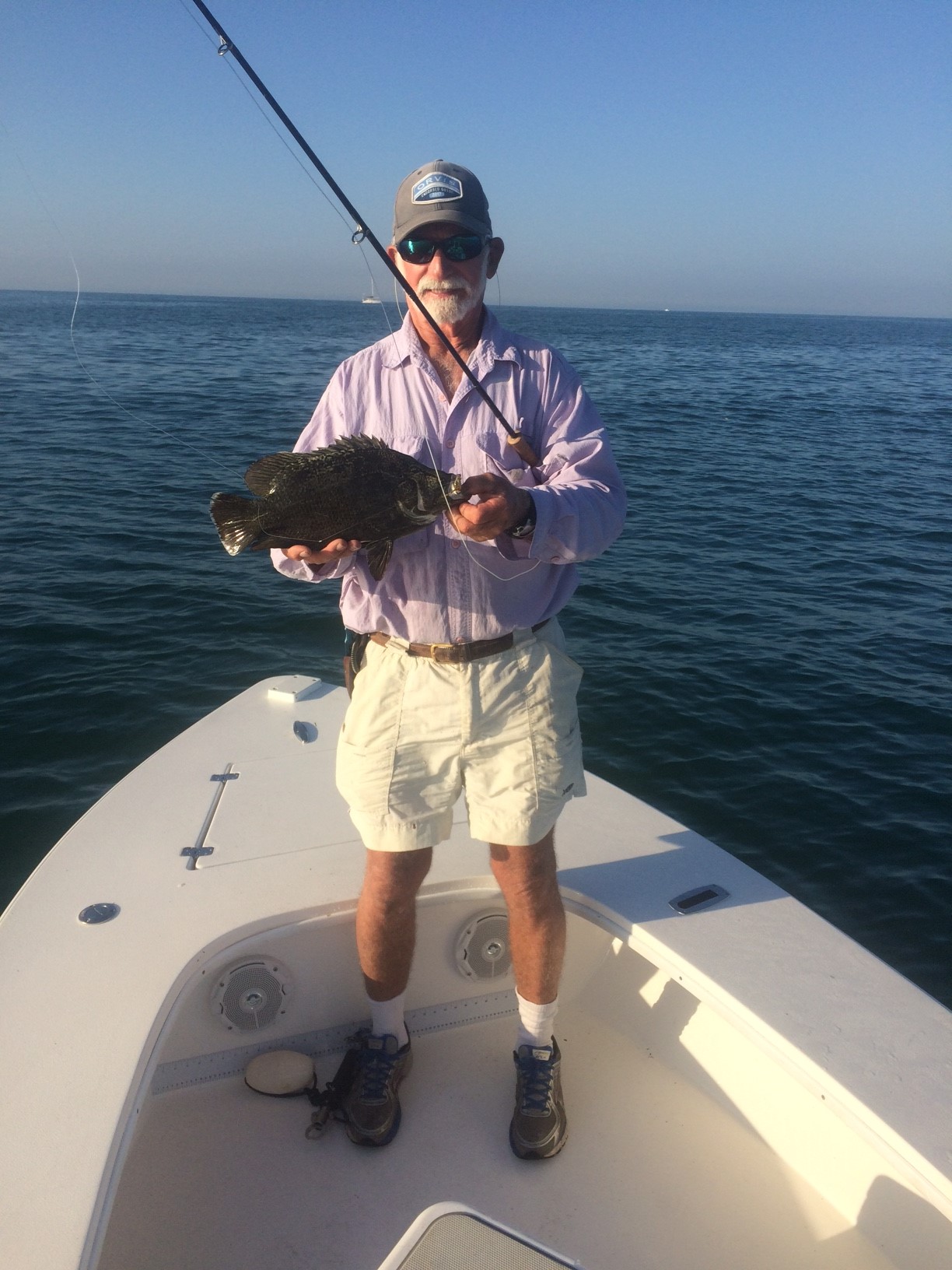 Tripletail are another species that fly anglers can target in the Sarasota inshore Gulf of Mexico. This is a unique sight fishing opportunity. The technique is pretty simple, anglers run on plane parallel to strings of crab pot buoys, looking for tripletail. These fish will lie on their side behind buoys, markers, and floating structure, seeming to “pretend” to be grass, waiting for prey to use them for cover. Any that does so gets eaten right away!

The same set up that anglers use for mackerel and bonita will be fine for tripletail, so no need to re-rig. The best approach is to run along the crap pot buoys until a fish is sighted, driving past the buoy for a bit, then slowing and idling back around. In most instances, the tripletail will position itself on the down wind or down tide side of the buoy, so the best approach is from behind. The fly is cast out past the fish, retrieved back to the buoy, then allowed to fall in front of the fish. Tripletail are quite aggressive and will often take the fly. Shrimp and bait fish patterns are very productive.